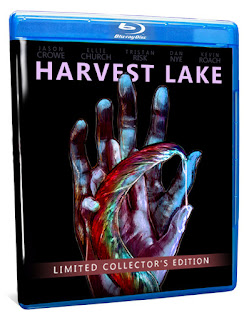 A pre-release of Scott Schirmer's latest film, Harvest Lake is available to order now. It's a very limited run of 250 copies that that can be signed by the director and producer. Here's the specs:
Order the Blu-Ray here
Posted by Andrew Liverod at 12:00 No comments: 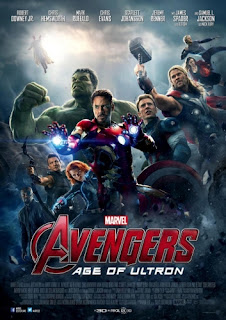 Avengers: Age of Ultron is Joss Whedon's response to the mass carnage of Zack Snyder's Man of Steel.

Where Snyder treats collateral damage as a necessary inconvenience (a la Michael Bay and American foreign policy), Whedon goes to great lengths to save innocents, even if it means risking the lives of his heroes, and surely that is what being a hero is all about. The main question that Age of Ultron asks is whether the sacrifice of a few to save the many can ever be justified? Take, for example, a city under siege; the besieging army promise to stop the attack and in the process save many thousands of lives if the inhabitants deliver to them a single child, in the knowledge that he will be killed. How much is their lives worth? One child, two, one hundred? In other words, if we are prepared to sacrifice a single life to save many then we may as well kill a hundred.

The film is well paced with a much needed quiet 2nd act and a frenetic finale that builds the action over several set pieces rather than rely on the multiple endings so prevalent in action films (yes, Bay and Snyder, I can see you both giggling at the back. See me after class!).

James Spader hams it up just the right amount and seemingly channels Adam West for his portrayal of Ultron. The rest of the cast continue as normal but with a little more depth and humanity than previous films, with Thor questioning his godhood and a growing relationship forming between Romanoff (Black Widow) and Banner (Hulk).

Action-packed and funny in just the right places, Age of Ultron is a superhero film that for once doesn't focus on super-powers and instead on love, compassion and sacrifice. A very human superhero film indeed.

Letterboxd Review
Posted by Andrew Liverod at 14:00 No comments: 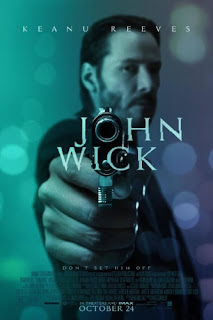 I'd heard many great things about John Wick and how it was a much needed shot in the arm of the action genre. Well, I waited and waited and waited for the bloody UK Blu-Ray to come out and hoped that it would be worth it. I'm glad to say that it was good... very good indeed.

Canoe Reaves plays ex-hitman John Wick. A man whose violence is tempered by the dog that his recently deceased wife left him. Let's just hope that nothing bad happens to the dog, eh? Enter the villainous Alfie Allen and let the blood, guns and Canoe's brooding stoicism loose!

At times reminiscent of a John Woo film, the film is beautifully shot and lit with an almost minimalist feel to it, especially during the first half where even the soundtrack is muted and abstract. Then slowly it builds into a frenzy of high-octane guns, fists and pounding techno-beats (supplied by Tyler Bates). Canoe does what he does best and stays quiet for most of the film and instead looks damn cool in a sharp three-piece and tie carrying a suitcase full o' guns. Michael Nyqvist plays a great, if clichéd, eastern-european villan and Alfie Allen is perfect as the son that we would dearly love kick in the balls. The stand-out though has to be the wonderful Ian McShane in a cameo as Canoe's fixer.

John Wick combines the flowing Kung Fu of The Matrix, the brutal close-up fighting of the Bourne films, the balletic gun-play of Hard Boiled, and the force of nature that is Lee Marvin's Walker in Point Blank.

If there's one con it's the over reliance on that CGI blood-spray effect. Can we please go back to blood-packs and squibs!

Letterboxd Review
Posted by Andrew Liverod at 10:00 No comments: